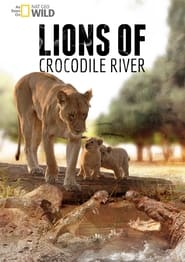 Synopsis of Lions of Crocodile River on GoMovies: Mfumu is the dominant male of the Lagoon pride of lions. An inexperienced guardian, it’s unusual for a male this young to lead a pride of six females. This has not gone unnoticed by the rival male on the opposite bank. The full river keeps them apart, for now. The Lagoon pride lives on a riverbank with the highest concentration of crocodiles in the world. Crocodile attacks have consistently claimed their young, and they know that if they don’t get it right this year, the pride may die out. Eventually, the dry season will descend on this valley. When the river is low, larger animals can traverse the divide with ease, even the big cats. Can Mfumu stand his ground against a hostile takeover from the rival male across the river? Will his mate, Chipazuwa win the battle of motherhood against her mortal enemy, the crocodile? Will she finally raise cubs to continue their diminishing line? These are the lions of Crocodile river.
IMDB ID: tt2087855